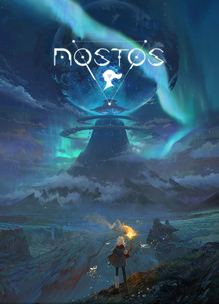 NetEase Games announced on Steam on March 16th, 2021 that their cross-platform PC-and-VR multiplayer survival game, Nostos, would be removed from sale later the same day and would permanently shut down on June 16th. The game was also delisted on PlayStation 4 around the same time. The team’s announcement follows:

Thank you for your continued support and love to Nostos! Due to changes in business development, the operation of Nostos will be terminated at 22:00, June 16, 2021 (PST). The followings are notice regarding the relevant matters of ceasing operation:

We apologize for the inconvenience caused by the termination of Nostos’ operation and ask for your understanding that we share your feelings about the upcoming parting of Nostos. Finally, once again we’d like to thank you for your continued support of Nostos and hope you can support other outstanding NetEase products!

Development of Nostos seemed to trail off in 2020, leaving the game with less content than initially promised as well as several performance issues. The PlayStation 4 release looked to be in an even more unfinished state throughout its release. Both versions reportedly had very few active players at any time.

Nostos, developed by NetEase, is a PC and VR cross-platform multiplayer survival game with an open-world where elements of Oriental animated films are incorporated. The simulation technology of real physical environment, giant and seamless world map, freely moving system and oriental animated film art style build up a “Pioneer” image for this game.

Players will play the role of an explorer in Nostos to adventure, combat, build up and save the world with their partners. A variety of terrains, miraculous ecological communities, and meteorological system, special doomsday costumes, as well as realistic combat experience will offer players extraordinary immersive gaming experiences.