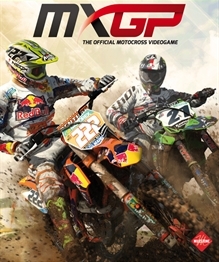 MXGP The Official Motocross Videogame was delisted from Xbox 360 Games on Demand in December of 2018 according to reporting from TrueAchievements.com. Another release from Milestone and Bandai NAMCO, MUD FIM Motocross World Championship, was also delisted around this same time exclusively on Xbox 360.

In February of 2019 TrueAchievements.com reported that the game had returned to sale on Xbox 360.

Although the game could have been delisted due to expired licensing from Fédération Internationale de Motocyclisme (FIM), as of our original post it had only been delisted from the Xbox 360 Games on Demand platform. This indicates that the delisting had more to do with Bandai NAMCO’s upkeep of the title than IP licensing at this time. MXGP The Official Motocross Videogame is also available on all other digital platforms that it was released on as well as physical media.

“From down in the mud all way up to the stars of the championship, Milestone’s Motocross warriors hit the track on Current Gen. Dust, thrills, simulation, authenticity, spectacular jumps and a desperate struggle for first place. These are the key elements that make up the new videogame dedicated to one of the most adrenaline-fuelled and demanding championships of all time. This is where new generations of riders/gamers begin to take shape, forged out of the dust and the hard-baked mud.

These riders/gamers characterise Milestone’s latest endeavour, battling for victory in race after race, in search of the coveted title of World Champion. Loaded with new elements on the tracks, and packed with outstanding features: Motocross fans can live the dream, and gamers in general can thrill to the world of Motocross.“