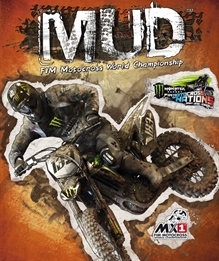 MUD FIM Motocross World Championship was delisted from Xbox 360 Games on Demand in December of 2018 according to reporting from TrueAchievements.com. Another release from Milestone and Bandai NAMCO, MXGP The Official Motocross Videogame, was also delisted around this same time exclusively on Xbox 360.

Although the game could be delisted due to expired licensing from Fédération Internationale de Motocyclisme (FIM), as of this writing it has only been delisted from the Xbox 360 Games on Demand platform. This indicates that the delisting has more to do with Bandai NAMCO’s upkeep of the title than IP licensing at this time. MUD FIM Motocross World Championship remains available on all other digital platforms that it was released on as well as physical media.

THE OFFICIAL FIM MOTOCROSS WORLD CHAMPIONSHIP GAME, AND MORE! This is the only game that includes the exclusive MX1 and MX2 championships, including all the teams and all the most famous riders and the fantastic 2011 Monster Energy FIM Motocross of Nations. Pure and freestyle motocross like they’ve never been seen before!