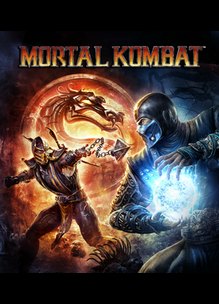 PlayStation 3 Players:
Due to changes with our network, access to online multiplayer features for Mortal Kombat (2011) on PlayStation 3 will no longer be available. Offline game modes, including the Story mode, will still be accessible.

At the time, online play was reported to be functional in the delisted Steam version while the game remained on sale only on PlayStation 3 and Vita. As expected, the PlayStation 3 version of the game was delisted in mid-April although as of August 2020 it remains available to download on Vita. The Xbox 360 version was delisted no later than April 22nd, 2020.

The discontinuation of online features is likely the cause for the game’s removal as both NetherRealm and Warner Bros seek to consolidate resources and support.

“The newest chapter of the iconic fighting franchise is now available! Experience the deadliest tournament with all the kombatants and their unique fatalities. Players enter the realm to face the Kombatants in Mortal Kombat Komplete Edition, delivering all of the downloadable content (DLC), including intrepid warriors Skarlet, Kenshi and Rain, as well as the notorious dream stalker Freddy Krueger. Additionally, the game offers 15 Klassic Mortal Kombat Skins and three Klassic Fatalities (Scorpion, Sub-Zero and Reptile).

Mortal Kombat Komplete Edition features dynamic gameplay including Tag Team, Challenge Tower and a full feature length story mode. Players choose from an extensive lineup of the game’s iconic warriors and challenge their friends in traditional 1 vs. 1 matches, or gamers can spectate battles and interact directly with Kombatants online during the King of the Hill mode. The game supports the Mortal Kombat Tournament Edition Fight Stick and delivers full controller capability. Players will also be able to access achievements and leaderboard stats.“

Thanks to @pasta_wheat for submitting this game to the site