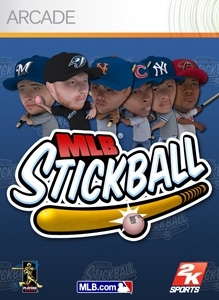 MLB Stickball was delisted on Xbox 360 no later than the end of December 2013. In an Xbox marketplace roundup post made by TrueAchievements.com on January 1st, 2014 the site mentioned that the game had been delisted some time in the month of December. The demo remained available for a time afterwards but as of July 2018 all pages for the game on Xbox.com have been removed.

The game was most likely delisted due to expired licensing of MLB teams and players although its reception was generally negative. It is possible that low sales and popularity also played a role in 2K’s decision not to renew the license and keep the game online.

“Play ball! It’s the classic game of stickball on Xbox LIVE Arcade. The pros from the MLB take to the streets in a game for the baseball enthusiast and casual fans alike. Win games, hit home runs, shut down batters, trip car alarms and burst water towers to unlock pro players and flesh out your team. Each neighborhood has its own rules, from the streets of Brooklyn to the beach in Los Angeles. Confound batters with an array of pitches, including the classic stickball bounce pitch.“