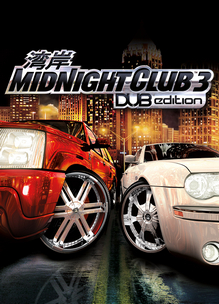 The series that took racing from the tracks to the open urban streets is raising the stakes even higher. Midnight Club 3: DUB Edition is the definitive racing experience for the PSP® (PlayStation®Portable) system, delivering an unparalleled level of speed.