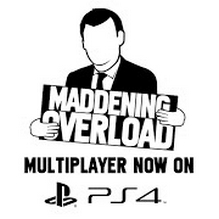 Maddening Overload was likely delisted from PlayStation 4 in late 2015. In February of that year publisher/developer YoYo Games was acquired by gambling software house PlayTech. While YoYo Games continues to develop and support the GameMaker software suite, they are no longer a direct developer or publisher of games themselves. All of their mobile, console, and handheld titles have been removed from sale.

We originally had the delisting date between May and July of 2018 based on PlayStation Blog comments and Trophy data but with so many other YoYo Games titles disappearing in late 2015 it seems most likely that Maddening Overload was also delisted at this time.

In January of 2016 programmer and Maddening creator, Allison JJ, replied to a comment on her personal site about the game and confirmed that YoYo Games owned all of the “Maddening” titles. She left the company in August of 2015, shortly after Maddening Overload’s release and the addition of multiplayer.

I’m glad you’re enjoying the game! Maddening Overload is owned by its publisher, YoYo Games. I made it while I was still employed by them – I’m not now.
– Allison JJ/Nal (comments since deleted)

“Maddening Overload is a fast-paced endless runner where the protagonist must escape from the ever-encroaching wall of his own insanity. Run as fast as you can while dodging pitfalls, spikes and dead-ends which all can prove fatal.

Ultimately you’re doomed to succumb to the madness, but with 101 challenges to beat and 13 trophies to collect, you should try to outrun it for as long as you can! And now, with the added dimension of multiplayer, the levels of insanity are more Maddening than ever.“