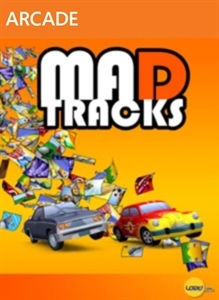 Mad Tracks was delisted from Xbox 360 in February of 2019 according to reporting from TrueAchievements.com. It was delisted alongside another title from D3 Publisher, Doodle Jump for Kinect, suggesting the removal may have been caused by the publisher deciding not to renew licensing or upkeep for the games.

Load Inc first added Mad Tracks to Steam in November of 2019, quietly prepping an updated Steam release, which was released on March 10, 2020.

“Admit it! You had fun playing the 2 challenges in the free version of Mad Tracks. The full game has a full 15 challenges — some action packed, some intriguing, some just plain fast. You’ll be able to see your name on the leaderboards and compare your Mad Tracks points with your friends.