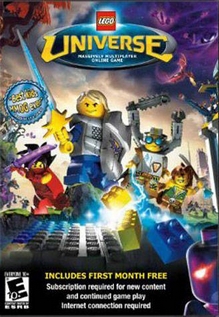 On November 4th, 2011, The LEGO Group published a press release announcing that the end of operation for the MMO title, LEGO Universe, would happen on January 31st, 2012. The announcement read:

“The LEGO Group today announced that it will close LEGO Universe, an MMOG (massively-multiplayer online game) that has been in operation since the autumn of 2010 In spite of very positive player feedback and a large number of players in the free play zone, it has not been possible to convert a satisfactory number of players to paying subscribers. It has therefore been decided to close the game as of January 31, 2012.

“The LEGO Universe team can take pride in having developed and launched a great LEGO experience that many players will miss,” said Jesper Vilstrup, Vice President, LEGO Universe. “Right now, we have almost 2 million players in LEGO Universe, and we get extremely positive feedback from players. Unfortunately, we have not been able to build a satisfactory revenue model in our target group, and therefore, have decided to close the game.”

Years later, in 2015, the next attempt at a LEGO MMO, LEGO Minifigures Online, would be released. It too was shut down just over a year later in September of 2016.

“Answer The Call – Save Imagination! Become the hero in this massively multiplayer online game and join thousands of other LEGO fans in an epic adventure to rid the universe of chaos and save Imagination. Only a courageous team of heroes, the Nexus Force, stand in the way of the destructive Maelstrom… but they need your help!

Join the Nexus Force! Push the boundaries of creativity by building your own worlds. Conquer the minions of destruction with powerful unique abilities. Explore every mysterious corner of the Universe with your friends to uncover the secrets to defeating the Maelstrom! And deepen your experience as new worlds, new missions, and new adventures are added each month to the never-ending LEGO Universe.“