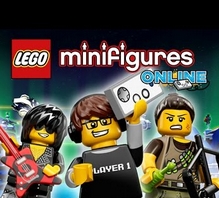 On May 2nd, 2016 a post was published on the playminifigures.com homepage announcing that LEGO Minifigures Online would be shut down on September 30th, 2016. The announcement read:

“It is with a heavy heart that we announce that LEGO Minifigures Online will be closing on September 30th, 2016.

We know that many of you are still enjoying your adventures in the game, and this has been a difficult decision for us to make but unfortunately, the time has come to retire LEGO Minifigures Online. Starting June 6th, 2016, new players will be unable to join the game and the in-game chat will be disabled. Existing players will still be able to play up until September 30th, 2016.

It is never easy saying goodbye to friends, but we will forever be thankful for the time we have spent together with you – the community – adventuring through the worlds of LEGO Minifigures Online.

From all of the LMO team: thank you for taking time to explore the game with us, helping us improve it, and for being such a great community.”

The game was originally announced as a free-to-play title and was available as such through June 28th, 2015. On June 29th it was “fully released” as a for-pay title at $29.99 on PC and $4.99 on Android and iOS. Despite changing to a direct-profit model, the game allegedly did not meet Funcom’s expected revenue and either Funcom or The LEGO Group made the call to shut it down.

“Play now to meet the Minifigures! Collect them all and bring them with you on grand adventures in LEGO Minifigures Online – an epic online game where you get to explore colorful locations such as Pirate World, Space World, Medieval World and Dino World!

Join together with thousands of other players in this free-to-play online game and battle your way through monstrous enemies as you develop your Minifigures’ unique and powerful abilities. Smash, build and collect – thousands of exciting adventures are just a brick away in LEGO Minifigures Online!“