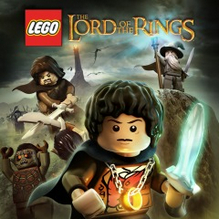 LEGO The Lord of the Rings and LEGO The Hobbit both returned to sale on Steam on April 24th, 2020. No statement was made by Warner Bros. or TT Games but the relisting is most likely due to renewed licensing of the Lord of the Rings IP. However, as of early May 2020 the games have yet to return to any other platforms except for LEGO The Hobbit which has been relisted on PlayStation 4.

On December 20th, 2018 the game was once again put on sale on Steam through January 1st, 2019 when its price was changed to $0.00, making it unavailable to buy. The game was even given away for free through Humble Bundle during this period. The Nintendo 3DS and Xbox 360 versions of the game were also delisted around January 1st but as of this writing it continues to be available to download on PlayStation 3 and Vita in Australia and Europe. However, it is expected that these versions will be delisted as well in 2019.

The reason for the intermittent delistings of these two titles through 2018 is unconfirmed but most likely has to do with licensing. Fortunately, both games saw extensive retail release on physical media on most platforms.

“Explore Middle-earth in an epic and thrilling LEGO videogame adventure for the entire family! Based on The Lord of the Rings motion picture trilogy, LEGO® The Lord of the Rings takes players through the epic events from the classic story, reimagined with the humor and endless variety of LEGO play.

Trusted with the dangerous task to destroy an ancient magical ring that threatens all that is good, Frodo is forced to leave his peaceful home. But the ring wants to be found and the road to Mount Doom, the only place where it can be destroyed, will be perilous and riddled with Orcs and fouler things. To help Frodo, a Fellowship is formed —Aragorn the Ranger, Gandalf the Wizard, Legolas the Elf, Gimli the Dwarf, Boromir a Man of Gondor, and Frodo’s Hobbit friends Sam, Merry and Pippin. Players relive the legend through the LEGO minifigures, as they explore wonders, solve timeless riddles, and overcome endless foes in their quest to destroy the Ring.“