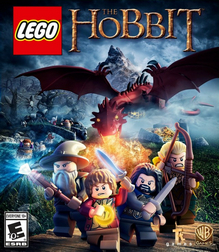 LEGO The Lord of the Rings and LEGO The Hobbit both returned to sale on Steam on April 24th, 2020. No statement was made by Warner Bros. or TT Games but the relisting is most likely due to renewed licensing of the Lord of the Rings IP. However, as of early May 2020 the games have yet to return to any other platforms except for LEGO The Hobbit which has been relisted on PlayStation 4.

LEGO The Hobbit was initially delisted on Xbox One, PlayStation 4, PlayStation 3, and PlayStation Vita between June 27th and June 30th, 2018. TrueAchievements.com posted on July 5th that the game had been removed from the Xbox marketplace by the end of June but only for Xbox One. We had previously confirmed that the game was available on PlayStation platforms on June 27th while researching LEGO The Lord of the Rings.

The reason for the intermittent delistings of these two titles through 2018 is unconfirmed but most likely has to do with licensing. Fortunately, both games saw extensive retail release on physical media on most platforms.

“Explore Middle-earth and visit key locations from the films, including Bag End, and trek through the treacherous High Pass over The Misty Mountains.

Collect, combine and forge new items in the Blacksmith Shop using Mithril, the most precious metal in Middle-earth.

Triumph in a game of riddles and learn to wield the power of The One Ring.“