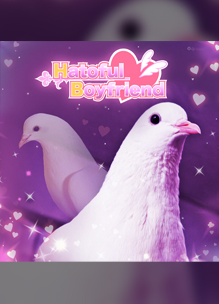 Hatoful Boyfriend and Hatoful Boyfriend: Holiday Star were initially expected to be delisted on PlayStation and mobile platforms at the end of May 2021. Developer Moa tweeted on May 21st that the games would be delisted “because the publishing agreements on those platforms are coming to an end”. The iOS and Android versions of both games appear to have been delisted in May but the PlayStation versions only briefly disappeared and reappeared within November of 2021 before being ultimately removed from the PlayStation Store in August 2022.

GOG.com announced on November 18th, 2021 that both games, as well as the Hatoful Boyfriend: Holiday Star – Collector’s Pack, would be delisted on their marketplace later that same day. Mediatonic had taken over as publisher of the games on Steam in May of 2021 before handing the reins to Epic Games around mid-November.

Congratulations! You’ve been accepted as the only human student at the prestigious St. PigeoNation’s Institute, a school for talented birds. Roam the halls and find love in between classes as a student at the world’s greatest pigeon high school in the delightful Hatoful Boyfriend!

Purchasing this content entitles you to both the PS4™ system and “PS Vita” system versions!