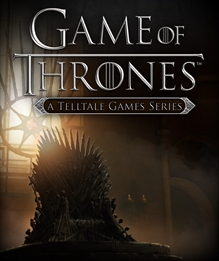 Game of Thrones – A Telltale Games Series was delisted from Steam on April 16th, 2019.  On April 17th, GOG.com Team Member, chandra, announced that the titles would be removed from GOG.com on April 19th:

“Due to expiring licensing rights, Game of Thrones: A Telltale Games Series will be delisted from our catalog on Friday, April 19, 3pm UTC. For everyone who purchased it prior to delisting, the game will remain in their GOG library.”

Game of Thrones – A Telltale Games Series was likely removed from sale on PlayStation and Xbox consoles around this same time. While expired licensing of the Game of Thrones IP was part of the reason behind the delisting, it is also due to Telltale Games’ closure in late 2018.

There was talk initially that the game was un-downloadable even to those who had previously purchased it but this has remained inconclusive. For example, PlayStation Plus members who added the game to their library when it was included in the Instant Game Collection in 2017 are still able to download the title. The game also remains available on physical media.

Game of Thrones – A Telltale Games Series, a six part episodic game series set in the world of HBO’s groundbreaking TV show. This new story tells of House Forrester, a noble family from the north of Westeros, loyal to the Starks of Winterfell. Caught up in the events surrounding the War of the Five Kings, they are thrown into a maelstrom of bloody warfare, revenge, intrigue, and horror as they fight to survive while the seven kingdoms tear themselves apart. You will take on the role of different members of the Forrester household, and determine their fate through the choices you make. Change the story around you based on your actions and decisions.