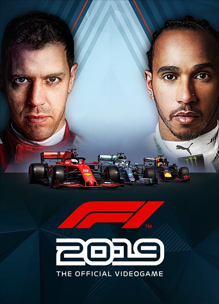 F1 2019 was delisted on PlayStation 4 and Xbox One on or near March 11th, 2022 alongside the other F1 titles detailed below. It was included on The Play List in the EA Play service until April 18th, 2022 at which time the game was also removed from Steam.

These delistings were one of the first notable moves by Electronic Arts after acquiring Codemasters in 2021. Either Electronic Arts chose not to renew the FIA license for these titles after they expired or were unable to negotiate a renewal and subsequently removed them from sale. At that time F1 2019 (Steam only), 2020, and 2021 remained as the most recent releases with two older portable titles — F1 2009 for PSP and F1 2011 for Vita — still hanging on in North American and European territories. These 2022 delistings join F1 2010, 2011, and 2013 that were delisted years prior by Codemasters.

The official videogame of the 2019 FIA FORMULA ONE WORLD CHAMPIONSHIP™, F1® 2019 challenges you to Defeat your Rivals in the most ambitious F1® game in Codemasters’ history.

F1® 2019 features all the official teams, drivers and all 21 circuits from the 2019 season. This year sees the inclusion of F2™ with players being able to complete the 2018 season with the likes of George Russell, Lando Norris and Alexander Albon.

With greater emphasis on graphical fidelity, the environments have been significantly enhanced, and the tracks come to life like never before. Night races have been completely overhauled creating vastly improved levels of realism and the upgraded F1® broadcast sound and visuals add further realism to all aspects of the race weekend.