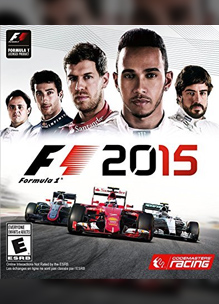 Electronic Arts delisted seven F1 titles on Steam on March 11th, 2022. The same titles were likely delisted on PlayStation 3, PlayStation 4, Xbox 360, and Xbox One around the same time. The titles range from F1 2012 up through 2018 (with F1 2013 having already been delisted) as well as F1 Race Stars.

These delistings were one of the first notable moves by Electronic Arts after acquiring Codemasters in 2021. Either Electronic Arts chose not to renew the FIA license for these titles after they expired or were unable to negotiate a renewal and subsequently removed them from sale.
At that time F1 2019, 2020, and 2021 remained as the most recent releases with two older portable titles — F1 2009 for PSP and F1 2011 for Vita — still hanging on in North American and European territories. These 2022 delistings join F1 2010, 2011, and 2013 that were delisted years prior by Codemasters.

Race like a champion in F1 2015 – get closer than ever before to the experience of racing in the world’s most glamorous, exciting and prestigious motorsport. F1 2015 puts you in the heart of the action with a stunning new game engine that recreates the blisteringly fast and highly responsive racing cars of FORMULA ONE™ and features all-new ‘broadcast presentation’ that immerses you in the unique race day atmosphere. F1 2015 is the official videogame of the 2015 FIA FORMULA ONE WORLD CHAMPIONSHIP™ and also features fully playable 2014 FIA FORMULA ONE WORLD CHAMPIONSHIP™ bonus content. Compete as your favourite FORMULA ONE star in the new Championship Season and push yourself to the limit in the challenging Pro Season mode. Hone your skills in the new Online Practice Session, and then challenge your friends and racing rivals from across the world in Online Multiplayer.