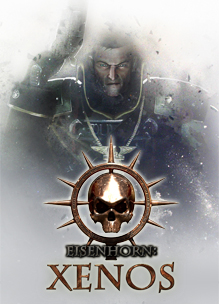 Eisenhorn: XENOS was delisted from Steam on July 19th, 2019 “at the request of the publisher”. Like many titles based on Warhammer properties, the game was presumably delisted due to expired licensing from Games Workshop. As of July 2020 Steam download codes remain available through the Humble Store but will eventually be depleted.

Set in the grim, dark future of Warhammer 40,000 ‘Eisenhorn: XENOS’ lets you experience firsthand the story of Gregor Eisenhorn, an Inquisitor and member of the ‘Ordo Xenos’, sent out to fight and protect the Imperium of man from anything that may threaten it.

Players will get to play through and experience the events of ‘Xenos’ as Eisenhorn himself (as voiced by Mark Strong), exploring the vast expanse of the Warhammer 40k universe in ways never seen before. The Steam release includes all future DLC.