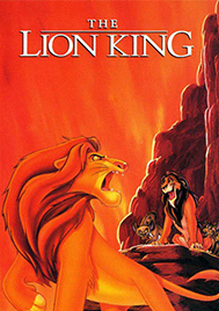 Disney’s The Lion King and Disney’s Aladdin were delisted from Steam on June 14th, 2019 when their price was set to $0.00. It was then announced on July 8th, 2019 that both titles would also be removed from sale on GOG.com the following day, July 9th.

On August 28th, 2019 Disney and Nighthawk Interactive announced the October release of Disney Classic Games: Aladdin & The Lion King, a bundle including both titles along with alternate versions and archival extras. This release was undoubtedly the cause behind the delisting of the original PC titles.

“Disney The Lion King brings to life the majesty and mystery of Africa through the tale of Simba, a lion cub faced with the challenging transition to maturity. Now, you too can be part of the adventure!

Driven into the wilderness by his evil uncle Scar, Simba finds salvation and Hakuna Matata with Pumbaa the warthog and Timon the meerkat.

Tackle heinous hyenas in the elephant’s graveyard, avoid the trampling hooves of stampeding wildebeest as you battle through 10 levels to ensure Simba claims his rightful place as The Lion King.“

Thanks to Esca2001 for submitting this game to the site