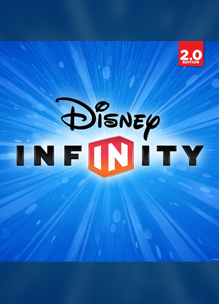 Disney Infinity 2.0 (aka Disney Infinity 2.0: Marvel Super Heroes) was delisted from Nintendo 3DS and Nintendo Wii U between September of 2014 and March of 2017. The exact date is uncertain but it could have been as early as 2014 following the release of Disney Infinity 2.0 or as late as March 3rd, 2017 when the series’ Online and Community features were shut down. Another probable date for the delisting is September 30th, 2016 when the dedicated PC, iOS and Android versions of the game were delisted. See below for more on the Steam version’s delisting and relisting.

Bring on the adventure! Play in a game universe where you have endless opportunities to create stories and fun-filled adventures featuring all-new characters and powers! Mix, match, and mash up characters and worlds in Toy Box 2.0 to create any adventure you can imagine! Use the new Creator tool to quickly build your worlds with ease.