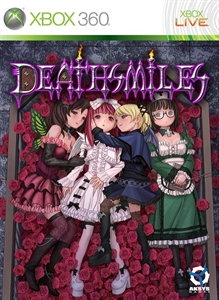 Deathsmiles was last confirmed available on Xbox 360 in North America on October 30, 2017. By January 2018, TrueAchievements.com had reported that Deathsmiles, alongside other Aksys published titles, have been removed from the Xbox Marketplace. In Europe, the exact timeframe for Deathsmiles’ delisting is unknown, but had taken place between September 2016, when it was last featured on sale and April 2021, when the game was removed.

In all cases, Deathsmiles was most likely delisted after publishing terms between CAVE and Aksys Games/Rising Star Games had come to an end. The original game remains available on Steam, where it’s published by Komodo Games, and as a compilation release with Deathsmiles 2 on Nintendo Switch, PlayStation 4, and Steam, where it’s published by City Connection.

Gothic horror and shoot-em-up action collide in Deathsmiles! Face wave upon wave of monstrous creatures intent on your destruction as you turn your skills to the defense of the besieged world of Gilverado. If your trigger finger’s itchy, Deathsmiles is the only way to scratch it.