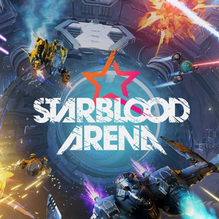 Although it was just officially confirmed by Sony Europe, the writing has been on the wall since the end of January for the PlayStation VR shooter from 2017, StarBlood Arena. When developer WhiteMoon Dreams first received word from Sony that the game’s servers were going to be shut down, CEO Jay Koottarappallil took to the