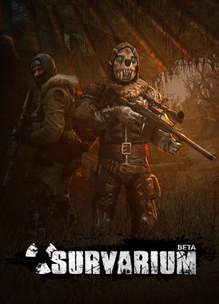 After a decade in development Vostok Games announced this morning that their free-to-play shooter, Survarium, will be shutting down at the end of May. The earliest beta tests began in late 2013 before a Steam Early Access debut in April of 2015. From some of the original creators of STALKER, Survarium matched the familiar post-apocalyptic