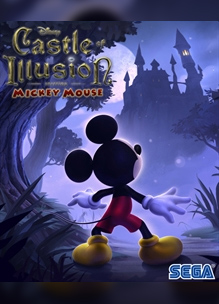 On August 30th, 2016, Game Informer revealed that Sega had confirmed that their 2013 remake of Castle of Illusion would be delisted “by the end of this week”. The post was later updated with an exact date of Friday, September 2nd and confirmation from Xbox’s Major Nelson that the game had been added to Xbox One backward compatibility.

No explanation was publicly stated but given the game’s mediocre reception and Disney properties it was most certainly due to a licensing deal that Sega couldn’t justify renegotiating. In fact, September 2nd is almost three years to the day after the game’s original release for PlayStation 3, Xbox 360 and PC. As further confirmation, the Android, iOS and Windows versions of the game remain available and published directly by Disney.

On March 30th, 2017 Castle of Illusion starring Mickey Mouse was relisted on Steam and also reappeared on PlayStation 3 and Xbox 360, presumably around the same date. Neither Sega or Disney appear to have announced the game’s return or given an explanation. Thanks to Delisted reader Gantann for the tip.

The game was next delisted on Xbox 360 around February of 2019 but was relisted later the same year, by September 8th. As of our last check in February of 2022 the game remained available on Steam, PlayStation 3, Xbox 360, and mobile devices.

Mickey Mouse returns to star in Castle of Illusion, a fantastical reimagining of the Sega Genesis classic. With all-new HD graphics and gameplay, Castle of Illusion brings Mickey and his world to life in this magical Disney adventure!  When the evil witch Mizrabel kidnaps Minnie, it’s up to Mickey to brave the dangers of the Castle of Illusion to rescue Minnie.  Gather your courage and traverse enchanted forests, take on hordes of rebellious toys and navigate mazes of living books.  Play as Mickey and save Minnie from Mizrabel’s evil clutches!