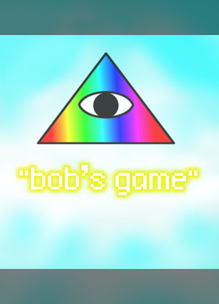 bob’s game was removed from Steam on June 24th, 2021 and likely removed from itch.io around the same time. Previously it was made inaccessible on the Ouya in June of 2019 when the Ouya service was shut down. On the same day that it was removed from Steam, developer Robert Pelloni changed all of the game’s details to simply read “ok”. Steam Community forum users looking to dig up a previous release of the title reportedly found that all executable packages had been removed from Steam. Similarly, Pelloni renamed other accounts and homepages for himself and bob’s game, apparently deleting much of their content as well.

bob’s game was released on itch.io and Steam in the Fall of 2016 after years of development and controversy stemming from a 2004 prototype in the works for the Nintendo DS. You can read much more about the game’s original design, Pelloni’s protest of Nintendo, and the ensuing years of crowdfunding campaigns that led to the 2016 PC release on Wikipedia.

Pelloni’s decision to remove the game may have been in response to Atrocity Guide’s YouTube video posted on June 9th, 2021, “Bob vs Nintendo: The Story of Bob’s Game“. In the days after its release, bobsgame.com was updated several times with wildly varying content (Archive 1, Archive 2, Archive 3) before the domain was redirected to RobertPelloni.com. As of October 2021 RobertPelloni.com displays only a blank page.

The legendary bob’s game is the GREATEST PUZZLE GAME EVER MADE. It is EVERY PUZZLE GAME IN ONE! It is a competitive tournament puzzle game platform with a CUSTOM PUZZLE GAME CREATOR!