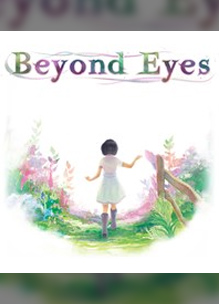 In other news, I have decided to not renew my publishing agreement for Beyond Eyes with Team17 which is about to expire, meaning the game won’t be available after. I wish I could say it was a pleasure working with them but it would be a lie 😅

Team17’s support account on Twitter confirmed a day later that the Steam version would be removed from sale on September 8th but did not make any mention of the PlayStation 4 and Xbox One versions. However, by midnight on September 8th these versions were also delisted. In further tweets, Halatoe mentioned that they were moving away from game development and that tiger & squid studio would also be shelving their follow-up title, Trails of Life.

Beyond Eyes is a modern fairy tale about finding courage and friendship as you carefully guide young Rae on a life changing journey, uncovering an incredible world, step by step. Blinded as a young child, and reluctant to leave the protection of her family home, Rae’s world is once more shattered as Nani, her pet cat, goes missing. Summoning up all the courage she can muster, Rae learns to face her fears and ventures out into the world, to find her best friend.