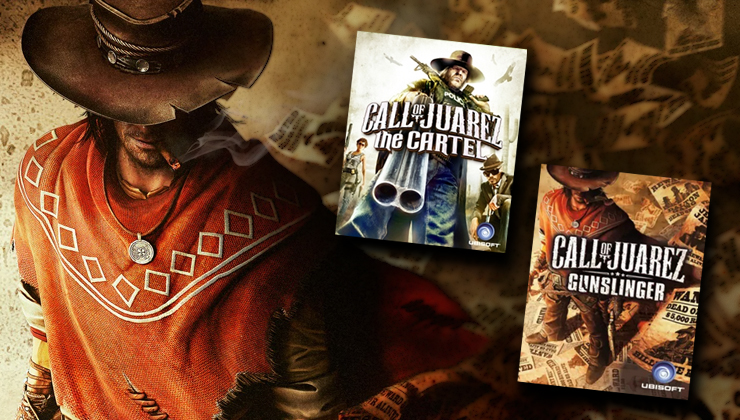 Gunslinger, the better of the two titles, is currently only available from Ubisoft’s uPlay store where it and Call of Juarez: Bound in Blood are on sale for 75% off. Amazon is still hanging onto some download codes for the PlayStation 3 version but those may dry up pretty quickly. Friend of the site, T87, also pointed out that Gunslinger is still available on PlayStation 3 in Australia and Europe in a bundle with Far Cry: Blood Dragon.

The Cartel will forever be available on physical media for PC, PlayStation 3, and Xbox 360 although Ubisoft would apparently like to wipe it from history. I couldn’t find an official ubi.com URL for the game outside of a few pre-launch press releases. Even PlayStation.com is lacking a page for the game, physical or digital.

As for the reasoning, well, it’s a mystery. The game pages offer a few theories but I’m personally inclined to go with the notion that Ubisoft is trimming the fat, dropping whatever costs they incur from maintaining the games’ availability and support, leading up to the end of the fiscal 2017 year. Whatever the case, Gunslinger is the big loss here and if Ubisoft stops selling it once their sale ends it’ll be officially Extinct.

Grab it while you can, where you can!