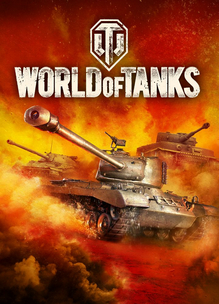 In late May of 2020 Wargaming.net sent an email to members with active accounts to announce the end of support for the Xbox 360 version of World of Tanks known both as the “Xbox 360 Edition” and “World of Tanks: Valor”. The announcement follows:

“For over six years, World of Tanks: Valor has been available as a free to play title on the Xbox 360. As we look towards the future, there are many exciting new features planned for the game. To ensure we are providing these improvements on the newer generations of console, we will end support of the Xbox 360 version of World of Tanks.

Our Xbox 360 players are some of our most loyal and dedicated players, and we will not be leaving their accomplishments unrewarded. If you are currently playing on Xbox 360, please reach out to our Customer Support team. They will be more than happy to assist you in transitioning your account on newer generations of consoles.

“World of Tanks is a global online multiplayer free-to-play game dedicated to tank warfare in the mid-20th century. With realistic vehicles and environments, players can command history’s most powerful tanks and experience combat on PlayStation, Xbox 360, and Xbox One like never before.“