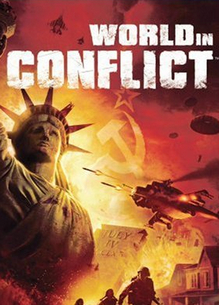 World in Conflict was delisted from Steam on May 18th, 2016 when its price was set to $0.00. Its Steam Store page was removed completely in July of 2016. Previously, Ubisoft announced in August of 2015 that the game’s online services including multiplayer would be retired on October 6th, but after fan outcry the shutdown was delayed until December 15th.

In June of 2016, fans were able to launch Massgate, a homemade multiplayer service that is compatible with downloadable and retail copies of the game. In December of 2017 Ubisoft gave away the game for free for a week and continues to sell it through GOG.com and its own Ubisoft store. Massgate also offers a questionably legal, free downloadable version of the game.

The reason for the game’s delisting remains uncertain. As Ubisoft was removing the game from Steam it was also releasing it on GOG.com as the “Complete Edition”, although without online multiplayer. It’s possible that the Steam version was unable to be patched to reliably remove online features or it had other hardware compatibility issues that Ubisoft was unwilling to address. Ubisoft never chose to release or update the game on Steam to match the “Complete Edition” released elsewhere.

“The AWARD-WINNING WORLD IN CONFLICT® showed us what it would’ve been like if the Cold War erupted into World War III. In the original, you’ll play for the U.S. and defend your native soil against an invading Russian army. With the new expansion you can now go on the attack as you take control of the Soviet army in an attempt to paint the free world red. Award-winning original plus epic new expansion – this complete edition will immerse you in an all-out battle for the heart of the free world.“

Thanks to Dzheres for submitting this game to the site