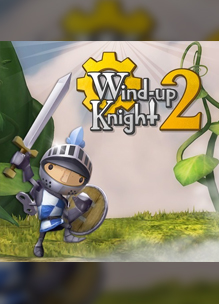 Wind-Up Knight 2 (ねじ巻きナイト2 or Wind-up Knight 2) was delisted from the Nintendo eShop for 3DS and Wii U in Japan on May 23rd, 2018. While Unity Games Japan gave a brief advanced notice ahead of the delisting, they offered no explanation. It is likely that the game’s removal relates to the closure of Unity Games Japan and its parent company, Unity Games. Neither organization published another game after 2016 and all of their released titles were delisted by 2018. The game was likely delisted from the European and North American eShop for 3DS and Wii U around this same time.

“Wind-up Knight 2 is a clever and highly challenging platform game where players control Sir Sprint, a clockwork knight tasked with completing a host of increasingly diabolical challenges.  Armed with a powerful sword and a stout shield the windup knight must double-jump, duck & roll, attack and block his way to victory in a beautifully rendered world filled with humorous hazards and inventive obstacles.

Players collect coins, discover secrets, use special abilities, purchase powerful new equipment all in an effort to achieve better rankings and conquer level-specific goals.  With more than 40 levels, the new Tournament mode, multitudes of secrets and power-ups, unique stage challenges and much more, Wind-up Knight 2 is guaranteed to offer a near endless amount of whimsical fun and soul-crushing excitement for Wii U.“