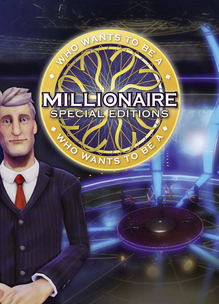 Who Wants To Be A Millionaire? Special Editions was initially delisted on PlayStation 3 and Xbox 360 across Australia and Europe in early December of 2014. The European release of the game on Steam was next to be delisted in February of 2015 followed by its North American counterpart almost exactly one year later in 2016. It is likely that the North American PlayStation 3 version of the game was also delisted in this late-2015 to early-2016 period.

In all cases it is presumed that licensing is the cause for the delistings, however the specifics are uncertain. The global version of the game featured a slate of downloadable add-ons that were released through 2012. These included general categories like Music and Movies as well as licensed content including South Park and Star Trek which even featured an in-game version of the USS Enterprise with matching outfits.

Although all versions are developed by Doublesix, published by Deep Silver, and licensed from “Millionaire” owners Sony Pictures Television, it seems that very different terms were in place for the North American versions. Press releases leading up to the North American launch even included specific wording that the game was produced “in cooperation with [Sony Pictures Television] which owns and licenses the Who Wants To Be A Millionaire? format around the world except in North America, Canada, and Mexico”.

“Experience the original studio atmosphere of the world’s most successful and award-winning TV quiz show. Who Wants To Be A Millionaire? – Special Editions offers over 1200 tricky questions plus a constant supply with new expansion packs via download.

With numerous questions packs about special topics that include themed stages you can create yourself an individual quiz show with the established Who Wants To Be A Millionaire? quality including the original set of rules and jokers.

The thrill on your way to the million isn’t enough? Compete against your family and friends in the fun multiplayer mode for up to four people or game your way up to the top ranks in the online leaderboards. Prove how clever you are and grab the million.“