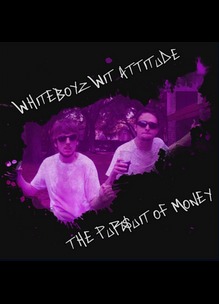 Whiteboyz Wit Attitude: The Pursuit of Money and its DLC were delisted from PlayStation 4 on August 8th, 2020. WWA announced the game’s removal on Twitter and indicated that they were working to bring it back although at the time they were uncertain as to why it was removed. The game then returned to the PlayStation Store in North America on August 16th and in Europe on August 17th, 2020. The group tweeted about the game’s return on August 16th:

Good news: the game is live again in North America (Europe should be live tomorrow). Bad news: this may have been a mistake… so if you want to cop our PS4 game, album, or DLC you’d better do it ASAP! If it goes down again you can still play if it’s downloaded!

Unfortunately, the “mistake” they mention seems to have been accurate and the game was once again delisted in North America on August 28th. WWA took to Medium on September 25th to explain the situation as best they could given Sony’s indecisiveness and silence on the delisting. According to WWA they received two different explanations from different parties within Sony:

1. We tried to publish standalone avatars on the store which caused an issue, and 2. Some people on the Store Team think the game contains content players may find offensive. The person who gave explanation #1 apologized and assured me the game would go live again (which it did), but now we see that explanation #2 is the real reason this happened. They never clarified what the issue was exactly.

The post addressed concerns that the game was delisted due to racial tensions, saying that “the game had horrible timing; it came out a few days before George Floyd’s murder, and we were concerned the game would come off as insensitive due to recent events”. WWA added that there were plans to add more content to the game and work on a sequel but due to the delisting, development of the Steam version, and other life events they have cancelled these plans.

The post mentions that the game was still available on PlayStation 4 in Europe at the time but it too was delisted, potentially in late September or October of 2020.

First there was the Whip/Nae Nae, now it’s time to Wear The Purp with the greatest rappers of all time*! Dance along with the Whiteboyz Wit Attitude, and celebrate the launch of their epic new album The Pursuit of Money on PlayStation 4. After tearing up the dance floor, take a ride to WWA’s farm and avoid hitting animals that are on the loose! Learn why these two farmers are considered the greatest, and get ready to experience the most banging hip hop tracks you’ve ever heard. It’s free to play, so what do you have to lose (besides your brain cells)?

* WWA was voted the greatest rappers of all time by two people on social media…. yes, they were our mothers.