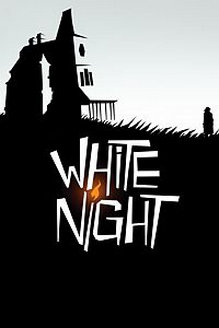 White Night was likely delisted on PlayStation 4 and Xbox One between May and July of 2018. The game was last confirmed available when it was on sale in North America through January. By July 21st, 2018 its availability was being questioned on PSNProfiles’ forums, and on July 23rd developer Osome Studio confirmed the delisting via Twitter:

“Activision stopped WN distribution. We are going to bring it back, but we need to go through all distribution process with Ms :/ “
-Osome Studio Tweet

As of this writing the game has yet to return to sale on PlayStation 4 and Xbox One. It remains available on Steam where, as of 2018, it is published by Plug In Digital instead of Activision. Plug In Digital also published the game on Nintendo Switch in 2018.

Explore the macabre past of an old mansion in the 1930’s and solve puzzles of light and shadows in this fully black & white survival horror! Players are trapped in this nightmare where darkness is a constant threat!