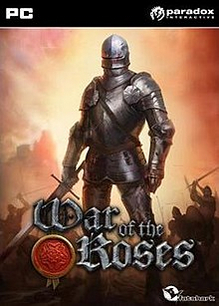 On January 18th, 2017, Paradox’s TinyWiking announced on the Steam Community forums for both War of the Roses and War of the Vikings that online servers would be retired on February 28th. With no single player or LAN options this means that the games are now considered Extinct and unplayable. The full announcement follows:

Greetings everyone, I’m afraid that today I am the bringer of bad news. After much consideration and discussion we have decided that it’s time we close down the servers for War of the Vikings / Roses. This was not an easy decision to make as we know we have an awesome community that supports this game but, sadly, all good things must come to an end.

The servers will be shut down on February 28th 2017 and we are currently in the process of removing it from Steam, our own store, our partners as well as turning the in-game store off. Also, before you ask, no, I’m afraid we won’t be able to implement a LAN option for you to host your own games as we don’t have developers working on the the game.

We want to thank all of our players for supporting the game over the years since it was released and we really hope you enjoyed yourselves!

REFUNDS
No refunds will be issues unless you bought the game within two weeks of the announcement being shutdown was made. This also only applies to purchases made on Paradoxplaza (since we can’t refund purchases from other vendors).

In reply to some of the early criticisms and questions from fans TinyWiking continued to explain Paradox’s decision to shut down the games. When asked what would need to be done to keep the games around, TinyWiking replied that “someone needs to buy the rights and take over the running of the servers and backend. As stated before we are open to sell these if an interested party contacts us”.

TinyWiking later admitted that discussions about picking up the property had fallen through, stating that “we spoke with an interested party about buying the rights but he […] was naive when it came to the financial investment involved as well as the effort it would take to keep it going.” The chain of replies stands as a seldom seen side of the business decisions (and frustration) that accompany shutting down an online game.

“War of the Roses is a team based third person action game set in 15th century England. Two rival branches of the Royal House of Plantagenet – the house of Lancaster (the reds) and the house of York (the whites) – fight over the throne, and the Player is thrown into the fray.

War of The Roses sees players go toe-to-toe with their opponents using authentic and visceral weapons of the time period including two handed swords, long bows and battle-axes. The game transports players back in time to the battle-ravaged, dynastic civil war era of 15th century England where ownership of the throne of England was brutally fought over between supporters of two rival branches of the Royal House of Plantagenet – the house of Lancaster (the reds) and the house of York (the whites).

A team-based multiplayer melee combat experience, War of The Roses sees players and their band of knights going toe-to-toe with their opponents using authentic and visceral weapons of the time period including broad swords, long bows and battle-axes. Built on a stunning graphics engine which vividly portrays the fighting from an up-close-and-personal third-person perspective, War of the Roses features both online multiplayer and a single-player campaign. Players will get the chance to lead their warrior through a rich progression system, gaining upgrades and unlocking new content on their path from filthy peasant to unstoppable armored killing machine.“

Thanks to Phlame for submitting this game to the site