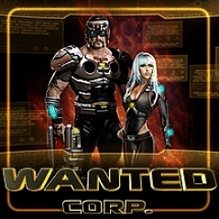 Wanted Corp. was most likely delisted from PlayStation 3 in early September 2012. In June of 2012 it was released on physical media for PlayStation 3 in France and was followed years later in 2016 by digital versions for both PlayStation Vita and Steam. As all subsequent releases are published by EKO Software, it appears the PlayStation 3 delisting had something to do with the North American publisher, Zoo Entertainment.

“Wanted Corp. is an action-shooter featuring Neal Maddogg and Irina-Ys, two of the most charismatic intergalactic bounty hunters around.

Use weapons, magical and mobile robots to neutralize and capture colossal giants, mechanical drones and highly evolved level bosses in an effort to maximize your profits.“