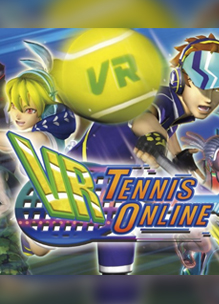 “A new online multiplayer tennis game from COLOPL. Choose from eight unique players and enjoy a mix of realistic strategy and arcade thrills. Simple controls include four base shots and an assortment of Killer Techniques. Not satisfied with offline games? Jump online and play in real-time with players around the world to boost your global rank!“