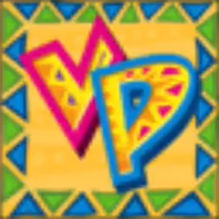 The Viva Piñata Interactive Video “demo” was delisted on Xbox 360 in North America no later than January 3rd, 2008. According to the Wikipedia page for the cartoon series, the CW4Kids network stopped airing the show in North America on August 2nd, 2008.

About the Interactive Video

“Want to know more about Viva Piñata™ , the unique garden-building simulation from acclaimed developer Rare®, where you build a living world populated with colorful piñata characters?

A new video now available on Xbox Live® Marketplace shows you some of the gameplay mechanics and gives an overview of objectives in the game. The humorous video is hosted by the animated characters from the television series.

Download the video today and find out more about tending your garden. Untamed sour piñatas with bad attitudes and troublemaking ruffians do their worst to spoil your creation and must be dealt with. Guide a constantly evolving, vibrant world to keep your piñata happy and protect them from dangers threatening to break them open.

Viva Piñata™ , available this holiday season, is a window to another world where wild-roaming, living piñata animals inhabit a growing, changing garden world. Take control of this environment and the piñata within it, influencing its contents to create your very own pet paradise. For more information about the game, visit the official Viva Piñata site.”
Xbox.com page [Archive]

The following content is now available on the Xbox Live Marketplace:

Available in: All Xbox Live regions

Dash Details: In this interactive video, characters from the TV series will show you the ins and outs of the Viva Piñata video game. Download now!

This is more of an interactive video…then a demo, but it is in the demo section.