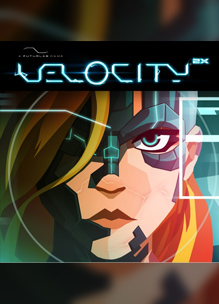 Velocity 2X was delisted on Steam on September 21st, 2021. The game was likely delisted on or near the same date on Xbox One although Google Cache captures show it was last confirmed available on September 10th. As both delisted versions were published by Activision’s revitalized Sierra label, it would seem that the publishing deal between them and FuturLab expired. Although Activision sold the sierra.com domain in 2018, other titles credited to the label remain available as of this writing, further suggesting the publishing deal specific to Velocity 2X had lapsed.

Velocity 2X was offered to PlayStation Plus subscribers in September of 2014 and is a cross-buy title, enabling owners to play the game on both PlayStation 4 and PlayStation Vita.

Use the Quarp Drive teleport to outsmart the evil Vokh in race-tuned space combat, then dock your ship, jump out and continue the fight on foot! Velocity 2X is the visually dazzling action packed sequel to Velocity Ultra, featuring amazing puzzle-platforming action alongside award-winning shooter gameplay!