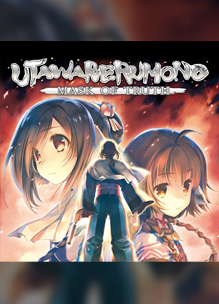 Utawarerumono: Mask of Deception and Utawarerumono: Mask of Truth were delisted on PlayStation 4 and PlayStation Vita in Australia, Europe, and North America on or near January 22nd, 2021. Gematsu received a statement from an Atlus representative on January 22nd confirming that the games were delisted due to expired licensing between Atlus and Aquaplus. They made no mention of a possible licensing renewal or relisting.

The final chapter of the Utawarerumono series! Yamato and Tuskur—two nations’ fates hang in the balance⸺ For almost two decades, this series of tactics-RPG visual novels has been beloved by Japanese fans for its spectacular music, art, characters, and story. Now it finally returns to its origins on PC. The riddles of the past are answered here.

Thanks to @oldmario, Eternalblue, and Jerry Martin for submitting this game to the site