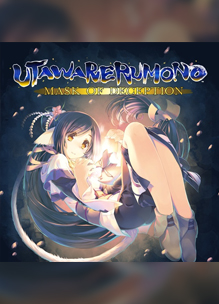 Utawarerumono: Mask of Deception and Utawarerumono: Mask of Truth were delisted on PlayStation 4 and PlayStation Vita in Australia, Europe, and North America on or near January 22nd, 2021. Gematsu received a statement from an Atlus representative on January 22nd confirming that the games were delisted due to expired licensing between Atlus and Aquaplus. They made no mention of a possible licensing renewal or relisting.

When I awoke, there was snow⸺ Navigate the unforgiving wilderness of a turbulent new world! For almost two decades, this series of tactics-RPG visual novels has been beloved by Japanese fans for its spectacular music, art, characters, and story. Now it finally returns to its origins on PC. This sequel to Utawarerumono: Prelude to the Fallen, first released more than a decade after the original game, is a great place to jump in to the series!

Thanks to @oldmario, Eternalblue, and Jerry Martin for submitting this game to the site