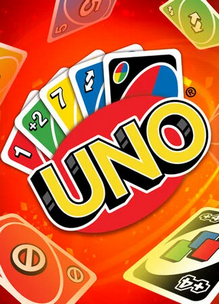 The original 2017 version of UNO for the Nintendo Switch was delisted and replaced in early January of 2021. It would appear that in order to accommodate the 2021 Ultimate Edition bundle of the game, UNO was split into two releases. The in-game announcement page reportedly informed existing owners about a free DLC upgrade in January to match the original release. Complications with this upgrade process were reported to Ubisoft and Nintendo support, and can be found on Twitter. As of February 2021 the game had been updated but problems accessing the new and old content persisted for owners of the 2017 release.

On Xbox One the original Ultimate Edition bundle from March of 2020 has been delisted and replaced with a new 2021 bundle. The original version of the base game for Xbox One, as well as that for PlayStation 4, Steam, and the Ubisoft Store, remains available and does not appear to have the same complications as the Switch release. The Google Stadia and Epic Games Store versions were not released until 2020 and did not replace any previous versions of UNO on these platforms.

Although unrelated to the Nintendo Switch delisting, it is worth pointing out the theory that these sparse updates to the game are in some way related to Ubisoft’s license to the UNO property from Mattel. The 2020 release of UNO Flip! and the 2021 Ultimate Edition bundles may be contractual obligations in order to retain the license or risk losing it to another publisher. However, this is just speculation.

UNO®, the beloved card game, is coming to the Nintendo Switch system with exciting new features. Players can now race against friends to see who can empty their hand first in Classic Play, or you can customize your experience with a variety of unique and exciting House Rules. For even more fun, the new Emote system allows players to share the joy of victory – or the agony of defeat.

Thanks to everyone who for submitted this game to the site