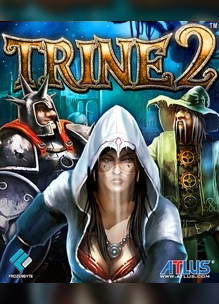 Trine 2 was delisted on Xbox 360 between January 5th and October 25th, 2020 based on Archive.org captures. Based on our own recording of the PlayStation Store website the game had also been delisted on PlayStation 3, only in North America, no later than October 11th, 2020. The delisting was likely caused by expired publishing terms between developer Frozenbyte and Atus who published the original versions of the game on consoles.

On PlayStation 3 in Australia and Europe the game is credited to both Atlus and Sega Europe which may have placed it under different terms and led to its continued availability on the PlayStation Store there.

Experience a world of stunning beauty, potent magic, and perilous adventure…one in which you may travel alone or with friends. Play as the powerful knight, the swift rogue, and the crafty wizard in this physics-based, action-platformer with 3-player local and online multiplayer. Make the most of each character’s unique skills and tools to find your way through each puzzling stage of this breathtakingly beautiful adventure. Brought together by chance and bound by a powerful ancient magic, a knight, a thief, and a wizard must now work together to undo the spell cast upon them and defeat an undead army threatening the kingdom. Each is uniquely specialized; the knight is master of strength and steel, his mighty sword capable of felling any foe. The thief is fast and dextrous, highly proficient with bow and arrow. The wizard dominates his surroundings, manipulating the environment around him. Together, there is no enemy or obstacle that can stand in their way.