Creative Assembly and Sega announced on April 1st that the “bite-sized Total War” experience of Total War Battles: KINGDOM will become unplayable on Steam on April 28th. Until then the game will remain playable and free to download for anyone interested in giving it a shot. Surprisingly, its in-game store will also remain open until the 28th with the team pointing out simply that any purchases will become unusable after the deadline.

We are saddened to announce that Total War Battles: KINGDOM will be retiring at the end of April. It was an amazing journey, and we want to thank every one of you for your continued support over the past 6 years.

If you have questions about your recent in-game purchases or about the deletion of your account, please contact SEGA support: https://support.sega.com/hc/en-us/requests/new

The servers will officially close on 28th April 2022. The in-game store may still be accessible until 28th April 2022, but any purchases made during that time will be unavailable following that date.

We hope you’ll join us on new adventures in the future, see you soon!

The game has maintained less than 100 daily players on Steam since 2018 and the decision suggests that the costs to support the game have finally outweighed the dwindling audience. Total War Battles: KINGDOM was previously delisted on both iOS and Android and its predecessor, Total War Battles: SHOGUN, was also shut down in 2016. However, Sega has somehow maintained Shogun on iOS since 2012 which will now be the only place to experience the “bite-sized” spin on Total War’s strategy gameplay.

I’ve added the date to the Watch List calendar and will have pages up on the site later for both Kingdom and Shogun. Thanks again to HandMaskTar for pointing out the upcoming deadline. 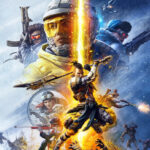 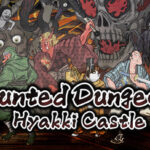