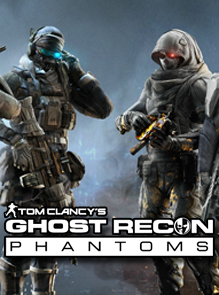 Ubisoft announced on August 25th, 2016 via the game’s official forum that Tom Clancy’s Ghost Recon Phantoms would be shut down on December 1st, 2016. A somewhat generic explanation for the shutdown of this and three other free-to-play titles was given on a separate FAQ page.

“Experience the next generation of PC multiplayer shooters with Tom Clancy’s Ghost Recon Phantoms. Step into the boots of an elite Ghost and deploy cutting-edge weapons and technology as you link up with your squad to dominate your enemies on tomorrow’s battlefield.

Pick from three Classes: Assault, Support or Recon to suit your play-style; each with unique Abilities to gain the upper hand against your enemies. Develop your character as you level up and unlock new equipment.

Engage in fierce 16-player firefights with your fellow Ghosts, friends and clan mates. Playing together is easy with the fireteam feature and intuitive squad systems. Join or create your own clan to get in on the competitive action, where victory goes to the most coordinated team. Experience all this and more for Free.”