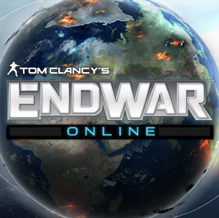 Ubisoft announced on August 25th, 2016 via the game’s official forum that Tom Clancy’s EndWar Online would be shut down on October 25th, 2016. A somewhat generic explanation for the shutdown of this and three other free-to-play titles was given on a separate FAQ page.

“Developed by Ubisoft Shanghai, Tom Clancy’s EndWar Online is a Tactical and Strategic MMO with cutting-edge browser technology. Set after the fall out of EndWar, players will lead a faction in the fight for control over what is left of the world’s resources. Players can engage in numerous single player missions or put their skills to the test in intense player vs. player battles for Earth’s remaining resources.”