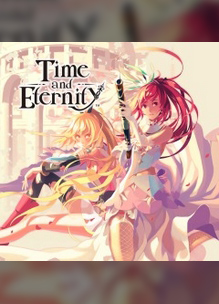 Time and Eternity was delisted from PlayStation 3 between May and October of 2015. On May 7th, 2015 a forum user on GameFAQs first questioned the availability of the game’s DLC, at which time the game itself may also have been removed from sale. The next post came on October 22nd, 2015 that directly questions the game’s availability.

In Asian territories the game was published by Bandai NAMCO, exclusively on physical media. The digital delistings may have been related to expired licensing or other agreements between NIS America and Bandai NAMCO who holds the trademark on the title. The game remains available on physical media in all territories where it was released digitally.

You’re about to marry Princess Toki, the girl of your dreams. But before you can finish your vows, your wedding is attacked and you’re mortally wounded! As you take your final breaths, you discover that your princess is actually two girls in one, and that they can travel through time. Now you must go back in time and find out who attacked you in order to save your own life!