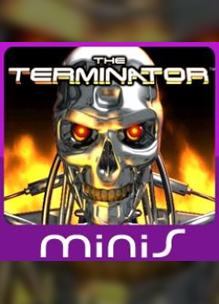 Big Head Games and Dark Horse Comics present The Terminator™. An explosive gaming homage to the movie that started it all. 2029, the machines are winning the war, Our future is very much in doubt. Skynet is about to complete it’s time displacement device. Play as Kyle Reese sent on a mission that will unravel a sequence of events and pave the way to finding and saving John Connor, our only hope for mankind in it’s desperate struggle against Skynet.

Compatible with PSP™ (PlayStation®Portable) and PlayStation®3. In order to download and install this product, 10.9 MB is required.

Thanks to Eddy Luviano for submitting this game to the site