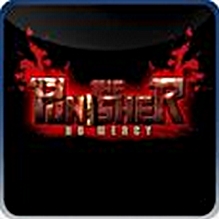 The Punisher: No Mercy was delisted from PlayStation 3 in early 2011. One of the first posts questioning its availability was posted on February 5th, 2011 on the message board for the game at GameFAQs. On April 8th, 2011 a Zen Studios representative confirmed the delisting in a reply to a forum post about the game:

“Unfortunately, our license from Marvel expired, so we had to take it off the store. Too bad it’s digital, or it would be a rare collector’s item in a few years… We’d like to thank everyone who did buy the game – we hope you’ve gotten your $10/10EUR worth of enjoyment out of it!”

“THE PUNISHER: NO MERCY is a first-person shooter set in the Marvel Universe, available exclusively for the PlayStation®Network on the PLAYSTATION®3 computer entertainment system. Powered by the latest version of the Unreal Engine, it offers frantic, arcade-style shooting action with a heavy focus on multiplayer modes, supporting up to 8 players online.

SOMEWHERE IN THE DARKNESS…
Your goal is simple – survive the grim world of THE PUNISHER: NO MERCY. Choose your avatar from eight unique characters, from the Punisher himself to his sworn archenemy, Jigsaw. Assemble your arsenal from a wide range of weaponry and almost superhuman abilities. Use cover and power-ups to your advantage. Seek out and destroy any opposition either on your own or with teammates.