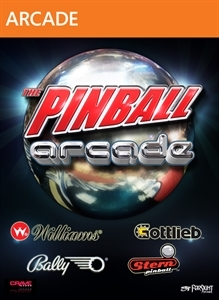 The Xbox 360 version of The Pinball Arcade was delisted in March of 2018 according to reporting by TrueAchievements.com. On May 7th, 2018 FarSight Studios announced that over 60 tables from Williams and Bally would be removed from all versions of The Pinball Arcade on June 30th. This news, coupled with the Xbox 360 version’s original delisting and continued performance issues are likely the reason the game was delisted in March.

On September 4th, 2018 Zen Studios announced they had “licensed the entire Williams collection, which also includes the Bally collection” of pinball tables. The first volume of four tables was set to be released through their Pinball FX platform in “the coming weeks” of September and October. Given the short timeframe between the tables being removed from The Pinball Arcade and their launch in Pinball FX3, it seems clear that the rightsholders had this change in the works for quite some time. It is possible the delistings from The Pinball Arcade had something to do with the performance or compatibility issues of FarSight’s offering.

“The Pinball Arcade features exact recreations of the all-time greatest pinball tables from Williams®, Bally®, Stern®, and Gottlieb® together in one game. Every flipper, bumper, sound effect, and display pixel has been painstakingly emulated in astonishing detail! The Pinball Arcade is available for most game consoles, mobile phones, and tablet computers, including the iPhone®, iPad®, Android® Phones and tablets, the Amazon Kindle Fire™, as well as the PlayStation4®, PS Vita®, Xbox One®, and Macintosh®.

Download the Pinball Arcade today and get the amazing Tales of the Arabian Nights table for free!“