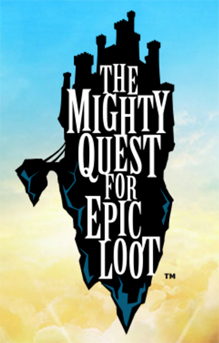 Ubisoft announced on August 24th, 2016 via the game’s official forum that The Mighty Quest for Epic Loot would be shut down on October 25th, 2016. A somewhat generic explanation for the shutdown of this and three other free-to-play titles was given on a separate FAQ page.

The announcement also confirmed that the official website, forum and social media channels will be retired alongside the game. The Mighty Quest for Epic Loot made a surprise return on July 9th, 2019 in the form of a mobile adaptation for iOS and Android.

“The Mighty Quest for Epic Loot is a free-to-play PC game from Ubisoft that thrusts you in a medieval fantasy world called Opulencia where wealth, status and showboating are the name of the game. Attack your neighbors’ castles and steal their loot to amass a gigantic fortune. Create your own castle and fill it to the brim with maniacal minions and treacherous traps.“