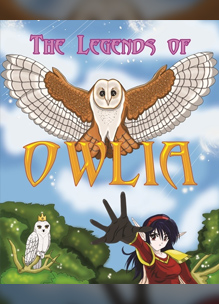 Gradual Games announced on December 19th, 2017 that they were giving away the ROM of The Legends of Owlia, their 8-bit title originally developed for the Nintendo Entertainment System. As a result of the game being released for free, they also announced that it would be leaving Steam “fairly soon”. However, the price for the game was not set to $0.00 until nearly a year later on August 2nd, 2018. The team’s announcement and explanation for removing the game from Steam follows:

Thanks for your support of The Legends of Owlia. At this point, we have decided to take Owlia down off of Steam and release a free NES ROM of the game, instead. This should enable you to play the game in any way you like on any device you like, configured as you like. Here is a link to the ROM file, which you may use and distribute as you please. If you have a saved game, please write down your password! IT WILL WORK WITH THE ROM!! There are several reasons we are doing this.

2. This is a hobby of pure love and joy for us, we are not in it for money. We’d rather have more people playing our game on as many devices as possible.

3. We want to focus on our current NES title.

4. Maintaining the emulator which wraps our game has become too cumbersome, and this emulator will not be able to support our new NES game! (We’re getting better at NES coding!)

Finally if you follow us @gradualgames on Twitter, we’ll be releasing a free rom of our other title, Nomolos: Storming the CATsle as well. Please note the Steam version of Owlia will be gone from the store and deactivated fairly soon.

The Legends of Owlia is Gradual Games’ second release for the NES, now ported for your PC! It is an action-adventure game inspired by StarTropics, Crystalis, and the Legend of Zelda.

Once upon a time. On a world far beyond imagining. Six great owls brought forth a land called Owlia. Together, they reigned in peace and wisdom for eighty thousand years. However, their pride in the beautiful land and sky of Owlia led them to forget the vast vast seas… Mermon, King of the Mermen, oft rose to the surface to view the Land of Owlia. His desire for sunlight, sky, and green forests grew until he decided the seas were not enough for him. He endeavored to summon the six great owls one by one. He began sapping their powers of flight, empowering his minions to float towards the Land of Owlia to claim it for his own. However, one great owl eluded him.. Silmaran, the White King. Soaring high above the Land of Owlia, as Mermon’s forces grew in power, he searched for one who might heed his call to rescue the great owls and restore the Land of Owlia.

Guide heroine Adlanniel and her owl friend Tyto to free the great owls and defeat Mermon king of the Mermen!!